This event, which was coordinated by artist Jennifer Crouch, was the first in a series of unique and diverse evenings that explore the topic of ice. Jennifer’s Arctic Circle Residency in the Norwegian island group Svalbard was inspired by indigenous craft in action and her acts of making and interacting with the land, and ice in particular. The event was hosted at the Cube in Shoreditch, London on the evening of December 08, 2016.

The evening was kickstarted by a hands-on painting session using a variety of frozen inks and salt to create an on-going collaboration between the visitors and Jennifer. The artist exhibited a variety of pieces that reflected on her time in Svalbard and amongst others utilised maps, textiles, and wood to engagement with experiences of ice.

During the evening geographer Julia Feuer-Cotter (UK Polar Network & University of Nottingham) discussed the geographical realities and imaginings of the Arctic using smell and sensory memories and especially focused on the perception of environmental change through odours. The theoretical physicist Gabriele Cesare Sosso (UCL & London Centre for Nanotechnology) explained the exciting microscopic differences that are responsible for various forms of ice we engage in the Arctic. A completely different pole, and interestingly one that appears in a hexagonal shape, was introduced by Ellie Armstrong (Oxford University). Her talk focused on the pole of the planet Saturn and it’s unique cloud pattern.

The event was accompanied by an ice-cream-making demonstration that not just made the place smell fantastic, but also explored the physics of crystallisation and the historic production of ice cream in England. After learning that in eighteenth century England ice was brought from glaciers and icebergs to create the treat, tasting the created ice cream was much encouraged.

Find out more about Jennifer’s event series at www.makingintransit.com 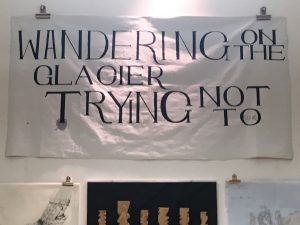 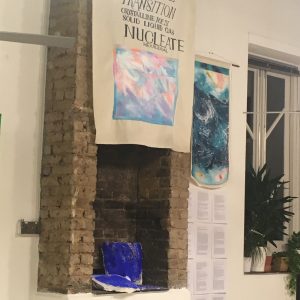 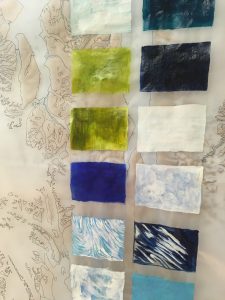