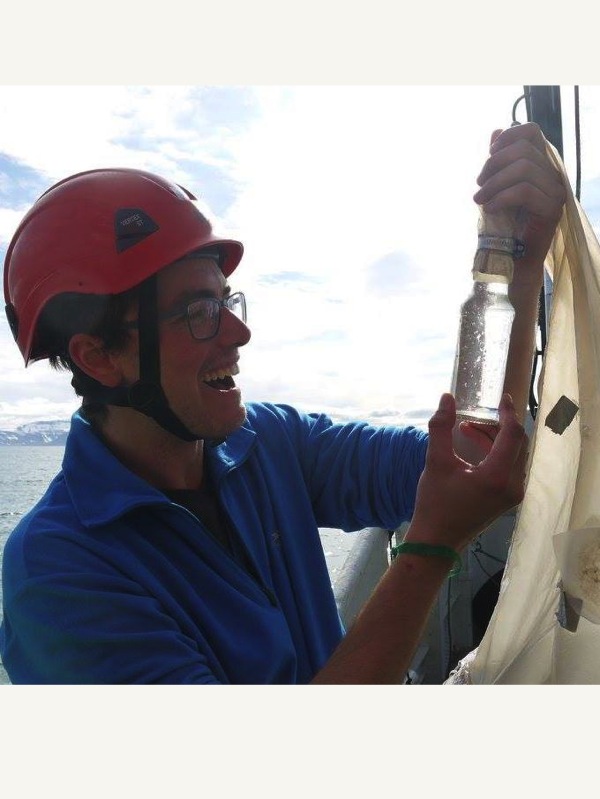 I graduated with a BSc in Biological Sciences from Warwick University in 2012, after which I spent 2 years in industry working for Thames Water on their graduate program. During this time, I also took a module with the Open University on Oceanography. During this course, and while working on a project looking at algal growth on reservoirs I became interested in phytoplankton dyamics.

I originally joined the UKPN as secretary and have really enjoyed getting involved with planning polar outreach projects and conference workshops, it has also provided me with valuable experience writing grants for outreach funding. I am very excited for the year ahead with such a great committee!

I began my PhD at the National Oceanography Centre Southampton in 2014 as part of the SPITFIRE doctoral training program. My research focuses on factors affecting rates of growth and mortality in natural populations of the phytoplankton group known as coccolithophores. I am also interested in trophic dynamics (micro-and mesozooplankton) and biogeochemical cycles. I spent five weeks in Svalbard undertaking a course with UNIS on Arctic Microbiology, it was during this experience that I became extremely interested in polar environments and is why I decided to get more involved with the UKPN!